a 100% electric ATV as a complement to the Cybertruck 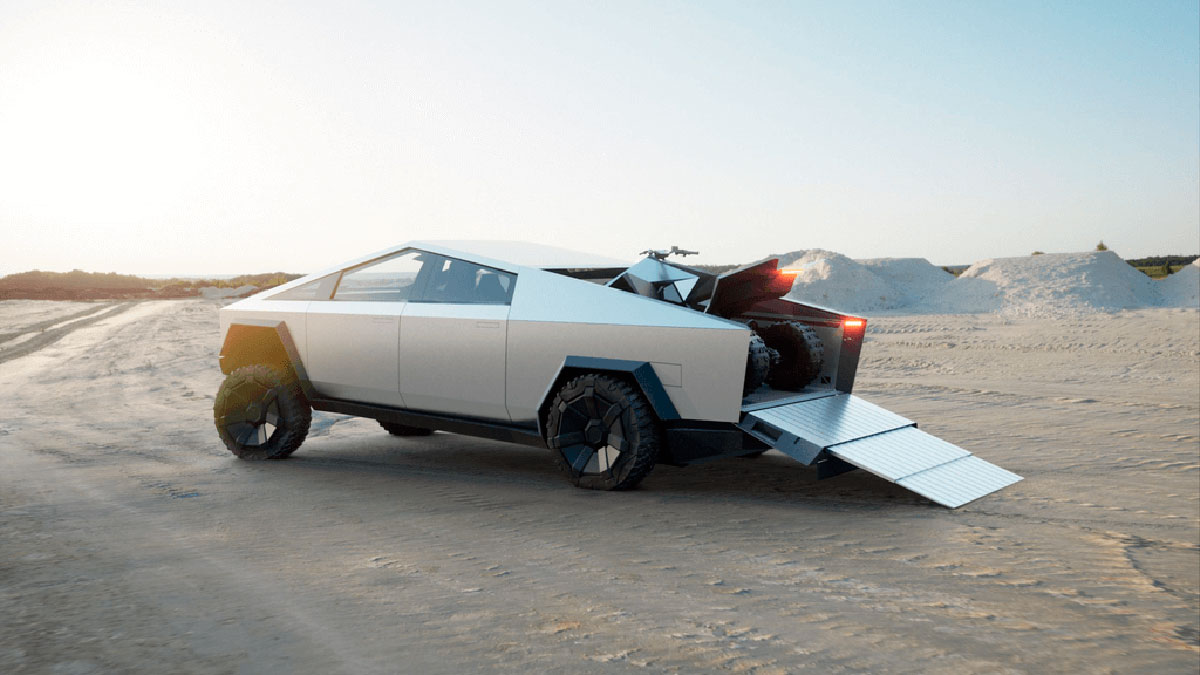 Elon Musk plans to produce the Tesla Cyberquad by 2022 or 2023, although he has acknowledged that ATVs are dangerous and that his “wants to be a safer product.”

As reported by Tesla, specifically its founder, Elon Musk, there’s a ATV 100% electric on the horizon that will serve the name of Cyberquad. This has coincided with Musk’s statements stating that the Cybertruck will give the green light to its production in 2022, while mass production has been delayed until 2023.

Along with the 100% electric truck, a vehicle will be developed for outdoor activities, which will It will also be available between 2022 and 2023. We are talking about the aforementioned Tesla Cyberquad, which is presented as an ideal complement to the Cybertruck.

“We are going to build the Cybertruck here, and probably the ATV,” Mask confessed, referring to the plant that Tesla has in Austin, Texas, United States. About the ATV he explained that “It is a design challenge because these types of vehicles are dangerous, and we want to make a safer ATV ”.

Musk himself has indicated, as you can see in the photograph, that it can be loaded into the Cybertruck and that it will have a low center of gravity thanks to its batteries. An important fact in ATVs, since due to their center of gravity, they are more prone to overturn in sharp turns. “I think we can do something with the suspension to prevent it from tipping over. When ATVs capsize is when bad things happen ”, sentenced.

As for prices, taking into account that it is a model designed for the North American market, it costs $ 39,990 for the basic version of a motor and smaller capacity batteries, while the top-of-the-range model, with electric units and larger batteries, is placed in the $ 69,900. As for the Tesla Cybertruck, they haven’t announced pricing or any technical information.