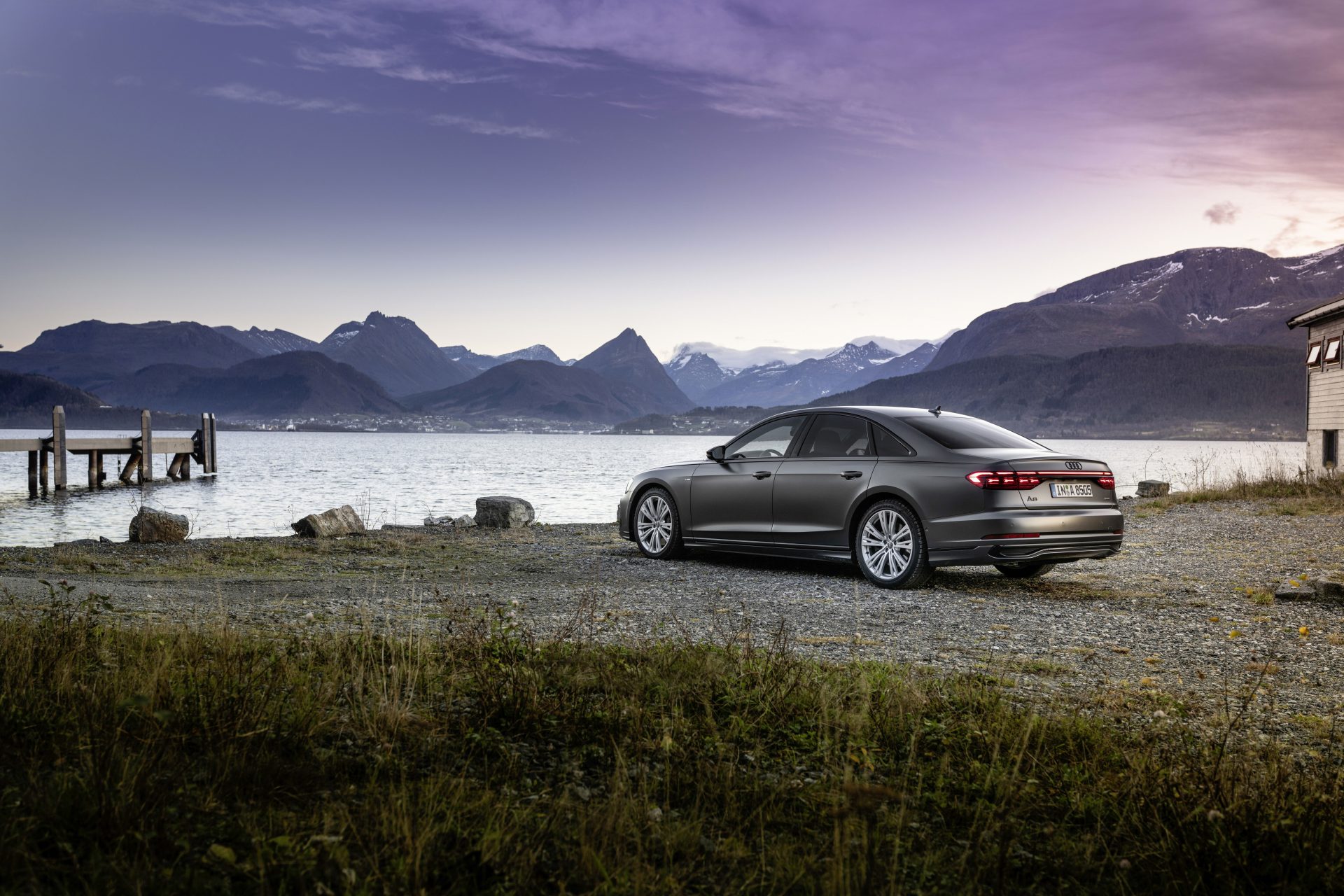 The brand with the four rings has just included in the range of its A8, a plug-in hybrid version of 462 hp and up to 59 kilometers of electric autonomy

Ingolstdat’s luxury sedan has just completed its range with the addition of the new Audi A8 60 TFSIe quattro. A version that, in addition to offering the comfort and refinement known in the model, adds a high level of performance and efficiency thanks to its hybridization system.

With this, this new variant joins the diesel versions A8 50 TDI quattro, the A8 L 50 TDI quattro and finally, the most powerful and sporty version, the Audi S8.

Like its diesel version, the new A8 60 TFSIe quattro is also offered in a long wheelbase, and represents a great strategic move for Audi, as it 1 out of 4 Audi A8 sold in the Spanish market, equipped with plug-in hybrid technology, giving it a plus of versatility.

The mechanics of the new A8 60 TFSIe quattro

Its propulsion system is made up of a 3.0 liters TFSI gasoline, supported by an electric motor integrated in the 8-speed tiptronic transmission, raising its power to 462 CV y ​​700 Nm from by motor.

Feeding its electric motor, we find a new lithium-ion battery located in the rear, which offers a capacity of 17.9 kWh gross, giving the possibility of going up to 59 kilometers of maximum autonomy in fully electric mode, improving this figure by 35% if we compare it with its predecessor.

As we have already said, one of the greatest assets offered by this hybrid system is to allow the A8 to offer consumption figures between 1.8 y 2 l/100 km, not bad for a car of about two and a half tons and more than 450 CV under its hood, thanks to which it is capable of doing 0 to 100 km/h in just 4.9 seconds.

To this great list of outstanding equipment, you can add interesting options such as the dynamic four-wheel steering, the lighting system with digital HD Matrix LED headlights, the rear infotainment system with two screens of 10.1 inches or the Bang & Olufsen System sound system with 23 speakers.

As you can imagine, the price of the new Audi A8 60 TFSIe quattro is not for all budgets, since it starts from 119.510 euros for short wheelbase version and from 122.300 euros for the long wheelbase.