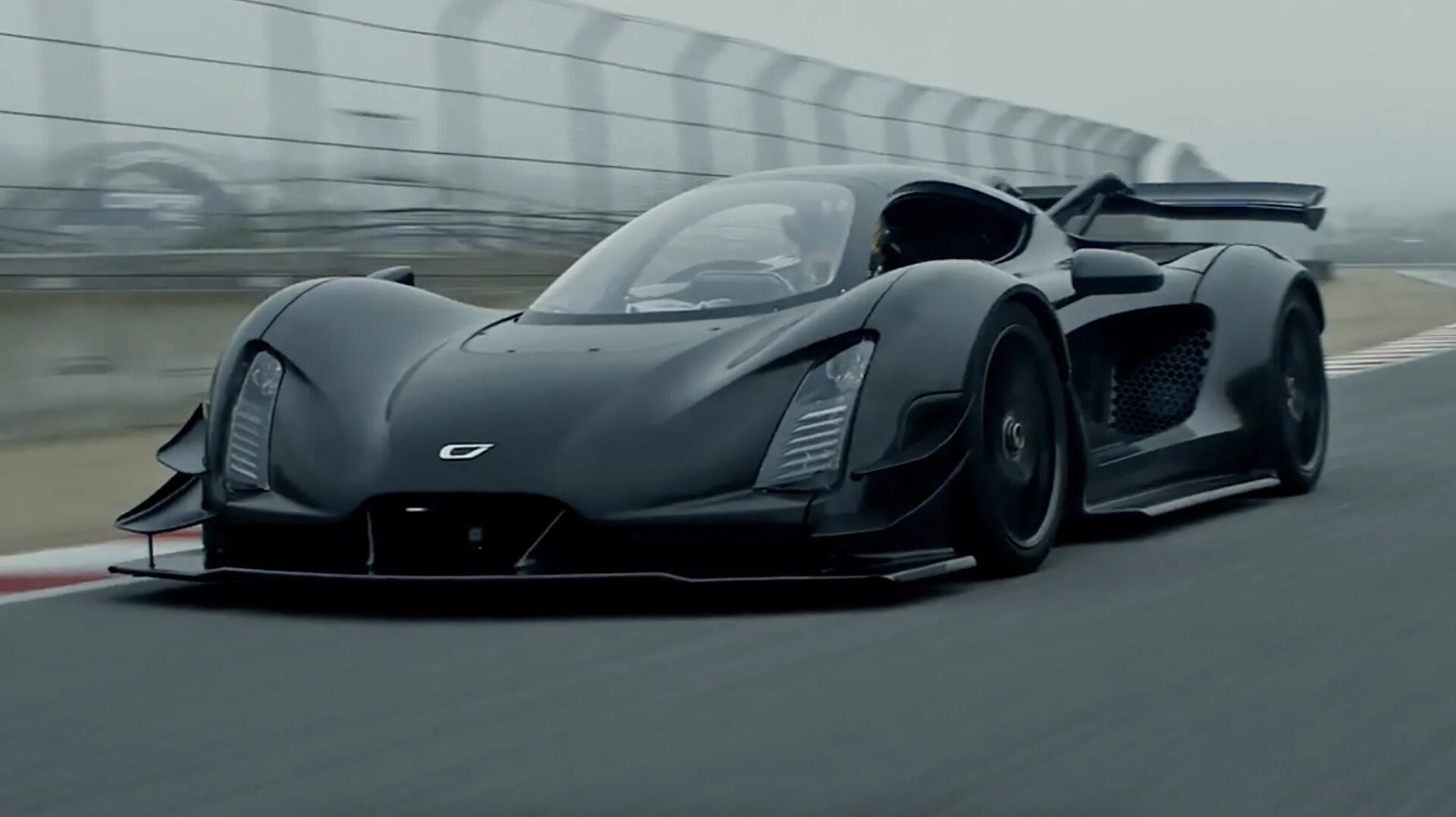 With an impressive time of 1:25:44 seconds, the Czinger 21C becomes the fastest production hypercar on the American track on asphalt. Its debut is scheduled for the Monterrey Automobile Week.

The presentation of emerging supercars is the order of the day today, especially in the electrified segment. However, there are several reasons why Czinger, a Los Angeles-based company, could shine a little brighter than the rest of its rivals. With a few months to go before the start of production, the hybrid hypercar has just smashed the lap record on the asphalt of the Laguna Seca circuit by dethroning the mighty McLaren Senna.

With a lap time of 1:25:44 seconds, the Californian racing driver Joel Miller managed to pulverize the previous record in force in Laguna Seca. In this way, the Czinger 21C becomes the new king on the asphalt of the famous American track, beating the Senna in 2 seconds. The manufacturer claims that the car was fitted with a set of tires Michelin Pilot Sport Cup2R.

Happy for the feat achieved, Ewan Baldry, Czinger Chief Engineer, has noted the following: ” It goes without saying that we are delighted with the performance of the car. Being able to achieve this lap time with a car that is going into homologated production is the result of incredibly hard work by the Czinger team and, in particular, our ability to exploit the state-of-the-art technology that we have access to through our close association with Divergent 3D. The most exciting thing is that we know that we can achieve even more performance! ”

The Czinger 21C is designed, developed and manufactured in the United States. As we can see in the photographs, it stands out from the rest of the hypercar for its tandem seats, as in a fighter jet. A measure that has also been used by a generalist brand such as Renault, in its tiny Twizy. For its development, 3D printing techniques and extensive use of carbon fiber have been used, to make the 21C as light and resistant as possible. Its production will be limited to 80 units for everyone.

The Czinger 21C is differentiated not only by its design, but also by the fact that it is not an electric hypercar. It employs a hybrid powertrain that uses a V8 block and an electric drive which result a combined power of 1,250 hp at 11,000 rpm. All this powered by a seven-speed automatic transmission and a total traction that is given by two electric motors housed in the front wheels (the V8 is responsible for giving power to the rear axle).

With numbers of this caliber and a dry weight of only 1.151 kg, the performance figures are also really impressive. Thus, thanks to an optional kit you will be able to achieve 452 km/h, together with an acceleration of 0 to 100 km / h in just 1.9 seconds and a 0 to 400 km / h in 27.1 seconds. A figure that would faster than the Koenigsegg Agera RS.

Will Czinger succeed in becoming the next independent company to break into the hypercar segment like Pagani and Koenigsegg have done?