How is the cheapest version of the 7 best-selling large SUVs? 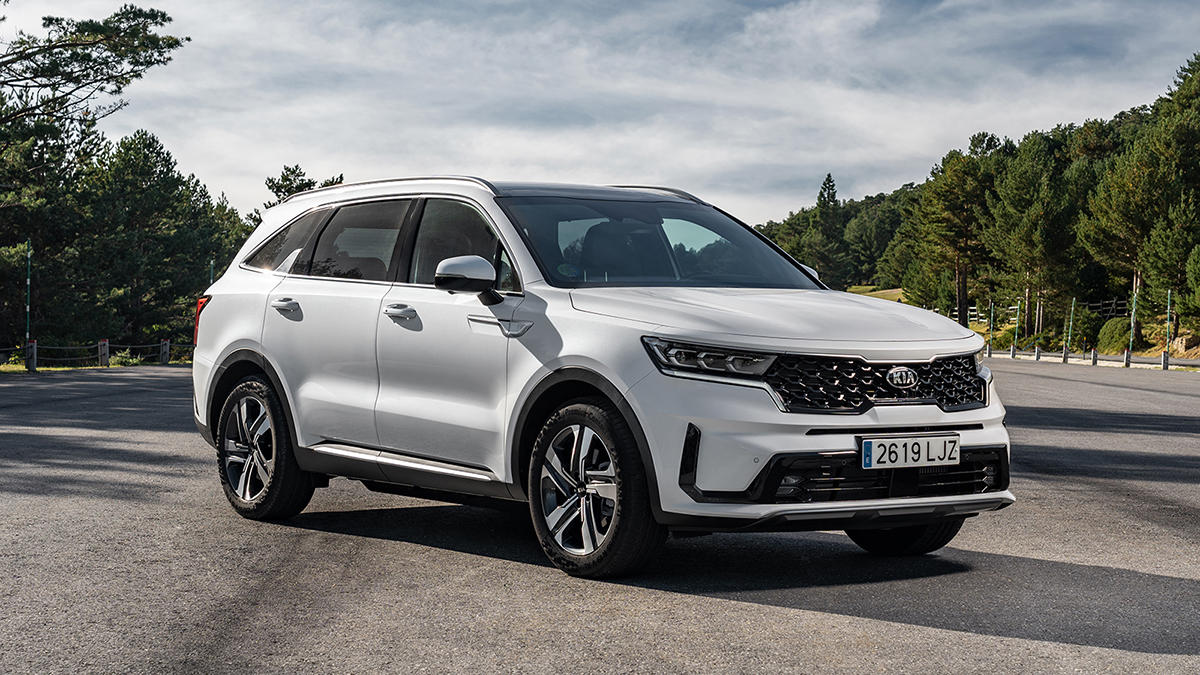 The SUV-D segment continues to have a lot of ‘pull’ among customers looking for a premium model that is also very versatile. In the following lines we analyze their access versions.

This is the cheapest Audi Q7: The entry-level version of the huge Q7 (5.06 meters in length) has a 3.0 TDI V6 diesel engine with 231 hp of power and microhybridization (and therefore Eco label), coupled with the Quattro all-wheel drive already the Tiptronic eight-speed automatic gearbox.

Regarding the passenger compartment, it has two rows of seats as standard, although a third can be added, which increases the capacity to seven seats; its price is 2,045 euros. It should be noted that this option considerably reduces the capacity of the trunk, which goes from an excellent 865 liters to a more modest 770 liters.

What is the most interesting version? The Q7 of access before perfectly valid for the vast majority of users, since it offers more than worthy benefits: it accelerates from 0 to 100 km / h in 7.1 seconds, a remarkable figure for a car that weighs almost 2,100 kilograms when empty. . However, whoever demands more benefits, can invest 7,000 euros more and opt for the 50 TDI of 286 CV, which has spectacular benefits (6.3 seconds from 0 to 100 km / h), maintains the Eco label and its consumption that it is not harmed by the increased power (8.3 L / 100 km, only 0.1 L more than the 45 TDI).

The next step is 9,100 euros above, and is the 55 TFSIe, that is, the plug-in hybrid version with 381 HP of power and an electric range of 42 kilometers. It is an alternative if you need the Eco label … but be careful, because it does not allow mounting the third row of seats.

This is the cheapest BMW X5: The X5 xDrive25d is equipped with a 231 hp 2.0 four-cylinder diesel engine coupled with an eight-speed automatic gearbox.

Regarding the passenger compartment, this SUV comes configured for five occupants as standard, although it is possible to add a folding third row in the trunk … although at a golden price: it is linked to the Vernasca leather upholstery and the price of the set is 9,557 euros. In addition, it has very little space, not to mention that it reduces the luggage compartment capacity by 75 liters (it stays at 575 L).

What is the most interesting version? The basic one is perfectly recommended; in fact, its performance is not very far from that of the xDrive30d with a 265 hp inline six-cylinder engine, which barely surpasses it by 1 second in acceleration from 0 to 100 km / h (the xDrive25d does it at 7.5 s). It is true that the operation of the four-cylinder is not as smooth as the six, an aspect that compensates with a very low consumption (7 L / 100 km in relaxed driving).

This is the most affordable Hyundai Santa Fe: The Santa Fe, which was updated in early 2021, has as an access version to the diesel 2.2 CRDi of 202 hp with eight-speed automatic transmission, front-wheel drive and Klass finish. Although for only 1,000 euros more you can access the 230 hp hybrid (it combines a 1.6 T-GDi gasoline engine and an electric one) with identical termination. In both cases, the interior of this SUV has seven seats and the trunk has 571 L.

What is the most interesting version? Both are interesting for their good performance, and the choice between the two will depend on the use that is going to be given to the car. According to the technical data sheets, the consumption is very similar (6.2 L / 100 km in the diesel and 6.4 L / 100 km in the hybrid), although the reality is that, on the road, the 2.2 CRDi has a noticeable expense lower (around 1.5 L / 100 less), while in urban circulation the hybrid spends around 1 L / 100 below, yes, provided that a very smooth driving is performed.

This is the most affordable Kia Sorento: The Sorento shares chassis and mechanics with the Hyundai Santa Fe, although its more conventional aesthetics, and its starting price is higher. There is also the circumstance that the diesel and hybrid versions have very similar rates, although in this case the advantage lies with the electrified model … for just 450 euros. Regarding the passenger compartment, the seven seats are standard in this SUV (those in the third row are small for adults), while the trunk has 616 liters in the diesel and 608 liters in the hybrid.

What is the most interesting version? We find ourselves with a case practically identical to that of the Hyundai Santa Fe, with only very slight differences in consumption. For a majority use on the road, there is no doubt that diesel is the most interesting, while in urban circulation the hybrid takes a slight advantage. However, there is a third way, both in the Sorento and in the Santa Fe: thanks to the Moves Plan, the plug-in hybrid version of both SUVs stays below 42,000 euros. Interesting … if you have a place to plug it in.

This is the cheapest Mercedes-Benz GLE: In July, Mercedes made an important modification to the GLE range, consisting of the replacement of the previous 2.0-liter diesel block with the updated version, which differs by having a somewhat larger displacement (1,993 cc versus 1,950 cc of the above) and, above all, for incorporating microhybridization that allows it to offer a power of 272 hp (the same as the previous 350 d with a six-cylinder engine) and very low consumption (from 6.1 L / 100 km).

In this way, we must compare this SUV with its rivals (BMW X5, Range Rover Velar or VW Touareg), against which it also comes out very well.

This is the cheapest Range Rover Velar: This attractive 4.80 meter long SUV has become one of the sensations of the segment thanks to its design, both exterior and interior. It shares platform and engines with the Jaguar F-Pace, although while the latter has an access version with 163 hp, in the Velar the starting point is found in the D200, with 204 hp.

However, the most affordable gasoline Velar is on sale for a few hundred euros more; specifically, 64,821 euros. This is the P250, which also comes with an eight-speed automatic transmission and four-wheel drive, but has a significant disadvantage compared to diesel, as it is not provided with microhybridization.

What is the most interesting version? In this case we have no doubts: the D200 diesel is of interest, since it offers good performance for its power (8.2 seconds from 0 to 100 km / h) and has an adjusted consumption (6.4 L / 100 km), in addition to the addition of carrying the Eco label of the DGT.

This is the cheapest Volkswagen Tourag: The Touareg is one of the most storied models in the premium SUV segment. Not surprisingly, the first generation (developed together with the first Porsche Cayenne) dates from 2002, and the current one is the third generation, which is available with two diesel versions and as many plug-in hybrids; the most powerful, with 462 hp, is known as Touareg R.

At the other extreme, the most affordable has a 3.0 TDI V6 diesel block with 231 hp, which is coupled with an eight-speed Tiptronic automatic gearbox and 4Motion all-wheel drive. As for the finish, the simplest is the Premium Atmosphere, which comes standard with 18 ″ wheels, an electric tailgate or electrically folding mirrors.

And the most interesting version? Although this basic 231 hp TDI is more than enough, our ideal Touareg would have the variant of this same block with 286 hp. The problem? Which, with the same finish, costs 6,230 euros more. In return, yes, we will enjoy much better performance (it is 1.4 s faster in the 0 to 100 km / h and a practically identical consumption (just 0.1 L / km more).

If we stick to the 231 hp version, there is the possibility of choosing a more complete finish, called Premium Elegance, for only 970 euros more, which adds different wheels and aluminum inserts on the dashboard.