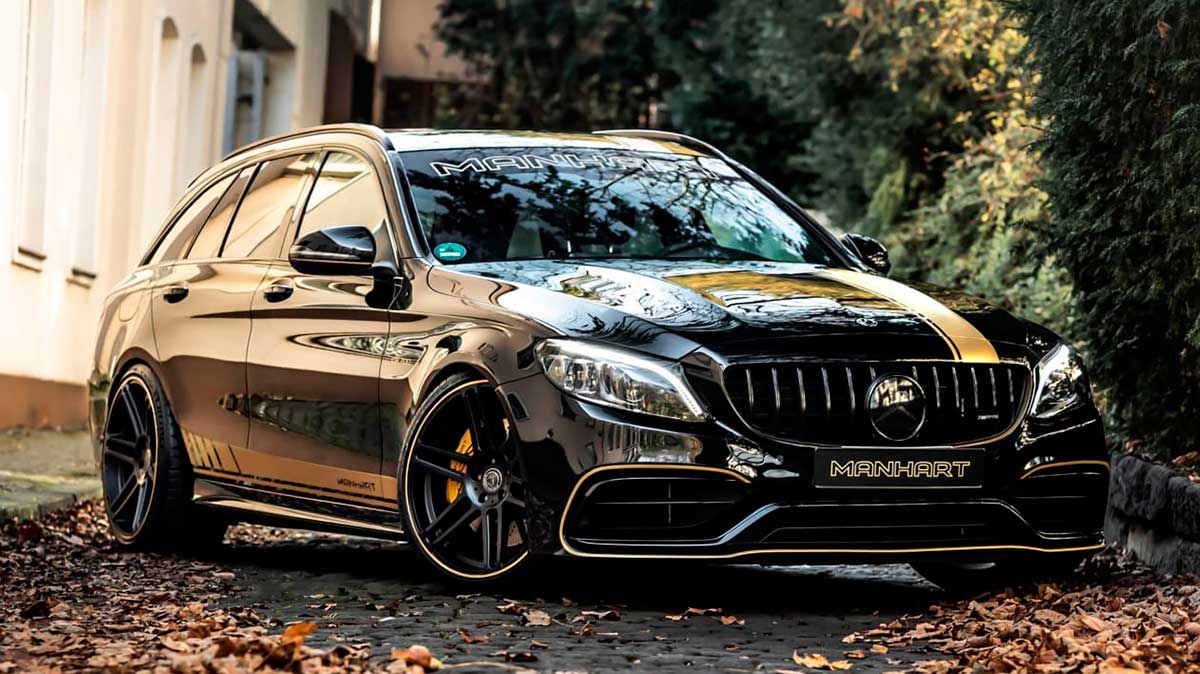 The next Mercedes-AMG C63 S will be a hybrid, so the German preparer is making the most of his V8 in this model that they have dubbed the CR 700.

For those who are under the impression that the current Mercedes-AMG C63 S is slightly underperforming as it should, Manhart Performance has created the CR 700 of 711 CV. The new model of the German preparer presents a series of modifications under the hood for a substantial increase in its performance.

Unit M177 4.0-liter biturbo in today’s car produces 510 CV and 700 Nm par on the S version, but Manhart has managed to extract substantially more performance through a variety of hardware and software changes.

This includes an upgraded high-pressure fuel pump, less restrictive downpipes, and upgraded turbochargers as major upgrades, with an ECU tuning and transmission booster ensuring everything runs in harmony. The cost of the kit as a whole is 17.999 euros, but you can also opt for a new Manhart exhaust system with the downpipes with or without catalysts to obtain more or less sound.

Can be added Adjustable H&R springs for 1,070 euros more, with 20-inch Manhart wheels, a carbon fiber air intake and an improved intercooler as well. Although not pictured, brake and interior upgrades are also on the option list, with Manhart charging for 1.990 euros for its version of the roof with star lights from Rolls-Royce. So with the new C63 S destined to ditch the V8 engine in favor of a four-cylinder hybrid powertrain in the coming months, Manhart’s upgrades to the V8 make the German sports car more valuable than ever.