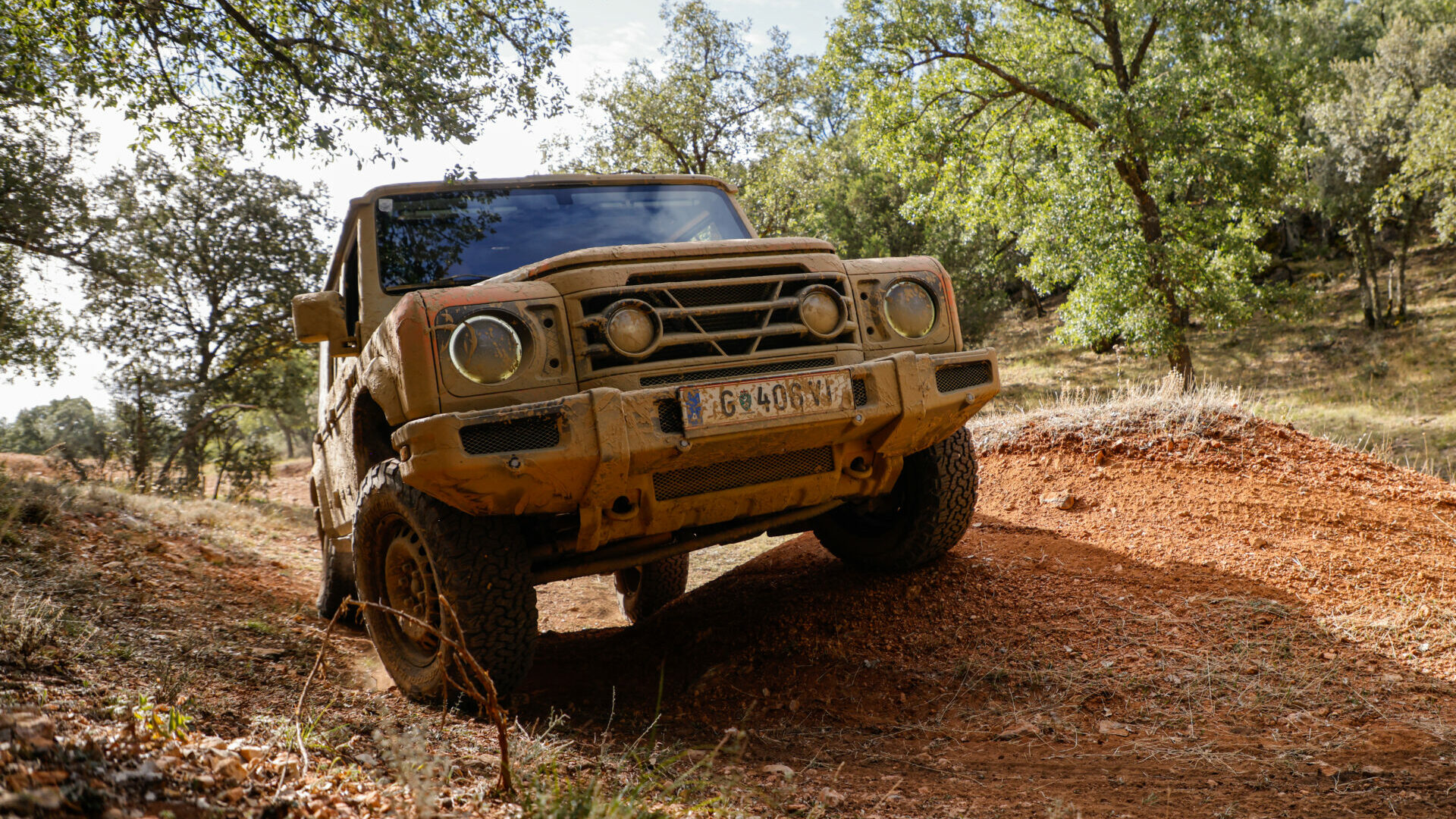 We got on board a pre-series unit from the Ineos Grenadier. The new pure off-roader that aims to take the place left in 2016 by the classic Land Rover Defender will hit the market in the fall of next year, and is currently in the testing phase. The verdict is clear: we are looking at a piece of a pure all-rounder.


Until now, we had been able to see the exterior of the Ineos Grenadier statically, we had seen photos of the interior and even some video images of the vehicle in motion, but we still needed to touch it, get on board and see how it evolved in a real off-road environment.

Finally, the time has come. Ineos has summoned us to Mount Cutamilla, in Sigüenza, to co-pilot one of the more than one hundred units which are currently completing the extensive test program with which Ineos intends to detect faults, fine-tune all the systems and even improve some of the vehicle’s features that were less ambitious in the initial specifications.

We co-pilot the Ineos Grenadier

In this first contact we will not be able to drive it and, in fact, it is not even about models with final specifications, but about pre-series units that have been assembled in Austria by Steyr, who, apart from manufacturing the Mercedes G-Class since its inception, has participated in the development of the powertrain of this off-road vehicle.

At first glance, these are solid vehicles, relatively well finished, with consistent doors that open and close correctly; a feeling very different from that of the classic Land Rover Defender, the Jeep Wrangler and even the Mercedes G-Class, models in which it is essential to follow the complete movement of the doors so that they do not bounce.

Live, the similarities to the old Defender are obvious, although we are struck by the Grenadier’s long wheelbase, which does not prevent it from the access to the rear seats leaves little space to introduce the legs. In addition, the floor is quite high with respect to the ground, something that in the unit we are handling is solved with some side stirrups that clearly damage the ventral angle. This unit also mounts some cumbersome lower protections that will not go into series production as we see them in the prototype. In fact, those responsible for Ineos confirm that they are working on reinforced heel pads (in the style of those used by the Jeep Wrangler Rubicon) for the most off-road users.

Already inside, numerous details attract our attention. There is no dashboard in front of the wheel, but only a small gap in which the main indicator lights will supposedly be found. The instrumentation moves to the central area of ​​the dashboard, sharing space with the rest of the typical information of a multimedia equipment that promises compatibility with Android Auto and Apple CarPlay, as well as OTG updates.

But what is truly striking is the battery of aeronautical-inspired controls located on the roof, where we find switches for accessories (in the style of the optional module that Jeep offers in the Wrangler JL), along with other controls related directly to driving, such as switches. of the differential locks, which does not seem like a good decision, since its actuation forces you to divert your eyes from the road quite a bit.

On both sides of this console we find two practicable windows with a compass closure that can be completely disassembled and stored in a designated place in the trunk. And if we look at the lower area of ​​the massive central console, we will be shocked to see a modern gear selector lever (identical to the one used by BMW) coexisting with a classic short lever with a black paste ball to govern the transfer box.

On the go with the Ineos Grenadier

Gerard introduces himself, climbs into the driver’s seat, and starts the car, which starts up quite smoothly and begins to drive down a dirt track. The Ineos Grenadier feels reasonably comfortable for a stiff two-axle spar vehicle, and Gerard explains that it is a second generation prototype, which already incorporates the solutions developed in the first batch of pre-series units. That does not prevent our unit from stalling on steeper descents, something that in Gerard’s opinion is not a big problem since, as he explains, even if the brake booster was completely stalled, it would continue to work for quite some time.

We circulate on dirt tracks, a climb and a descent with a good slope, bridge crossings and a kind of dry pool in which it really surprises me that the Grenadier does not rub. It is a short route in which there is also a somewhat faster section where Gerard drives at a cheerful pace that does not feel “unnatural” for Ineos from our position as companions.

Little more can be said about the behavior or capabilities of the Ineos Grenadier after this brief co-pilot. Yes It helps us to check the solidity of the project and the advanced development of the vehicle, which for the moment is meeting all its deadlines. As for the million dollar question, a base price of 40,000 pounds is expected, equivalent to about 47,000 euros, but the final figure is probably somewhat higher. What those responsible for it have let us know is that whoever wants to buy an Ineos Grenadier will not have to pay for things they do not want or give them up because they are integrated in expensive equipment packages, since all the optional elements will be offered separately, a decision that we fervently applaud.