New Motorhome Has Parking Space For A Bugatti Chiron 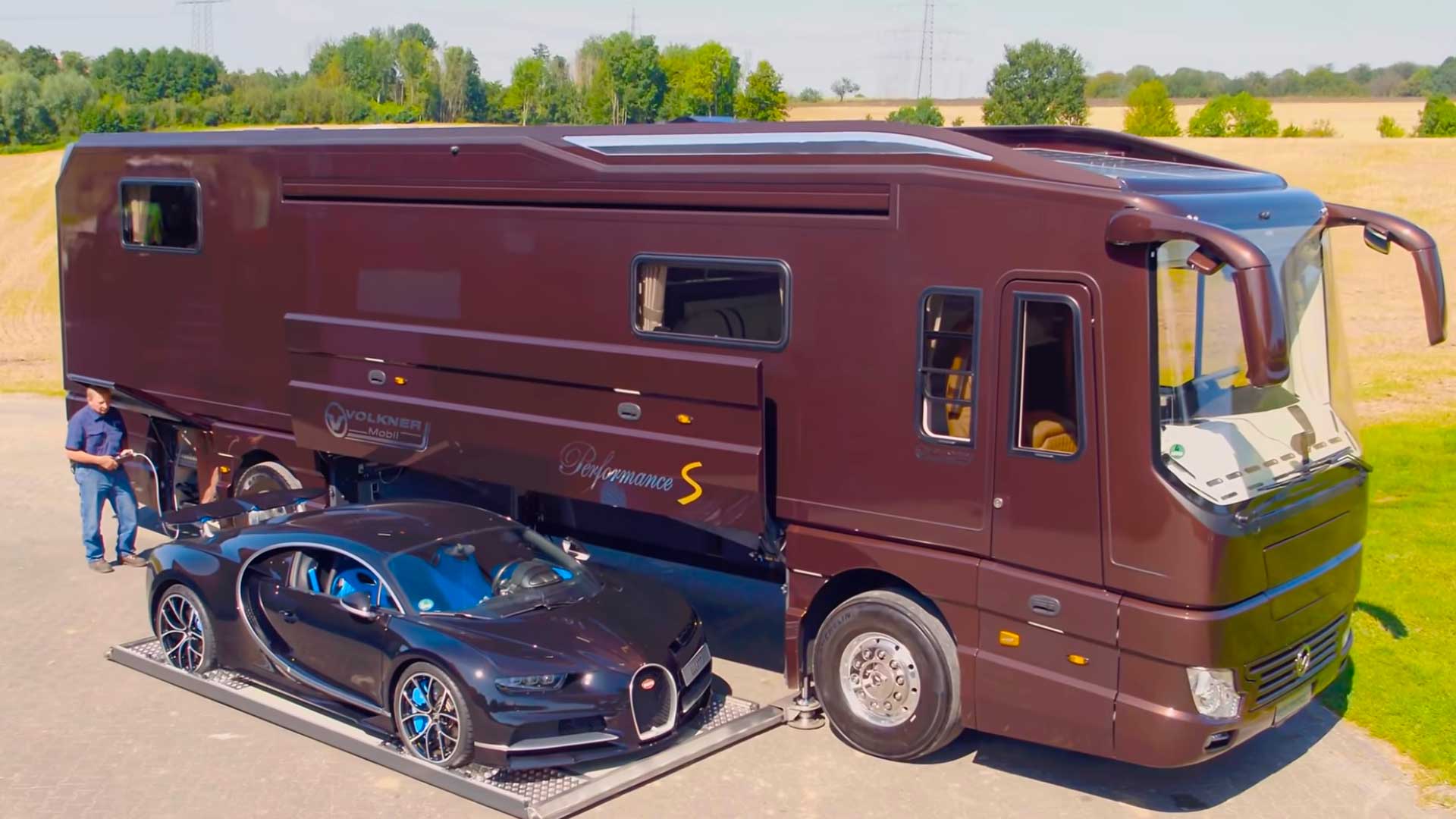 Presented at the Düsseldorf Motorhome Show, this model has a motorized parking bay that allows the transport of luxury vehicles. Taking into account the French supercar, the price of the set amounts to 6.5 million euros.

Named Volkner Performance S, This motorhome is one of the stars that gathered in the Düsseldorf Motorhome Show, in Germany. Based on the Performance model, the new member improves on all of the above to establish itself as a true luxury apartment on wheels. With 12 meters in length and 18 tons, It has all the amenities you can imagine.

But, without a doubt, the main attraction of this titanic motorhome (or rather motorhorme) is that it has the capacity to house a vehicle. Thanks to the motorized cargo hold, you can ‘park’ a vehicle inside it. In the images you can see that it has space for a Bugatti Chiron, a vehicle that does not stand out precisely for having small proportions. In this way, almost any type of vehicle can be parked inside. Obviously, it is designed to accommodate the best cars on the planet.

From the inside out, the Volkner Performance S is an ode to luxury and refinement. Count with one huge living room, full bathroom, double bed or a sound system that, according to the manufacturer, is valued at 300,000 euros. To this are added amenities such as an independent air conditioning system, several folding furniture where items such as dishes are hidden, a 1,000-liter clean water tank or a fully equipped kitchen. To supply energy, this motorhome has an 8 kW generator, a 2000 W battery that is charged thanks to a solar panel located on the roof.

It is not the first time that Volkner presents a caravan with this particularity, since previous models were already capable of accommodating models such as the herculean Porsche 911 GT2 RS. In the following video you can see each and every one of the ins and outs of this motorhome, which promises to delight the most gourmets. They also offer ‘more modest’ versions with capacity to store motorcycles, jet skis or quads.

As announced on their website, the price of the Volkner Performance S starts from the Two millions of euros, although with extras it can reach three million euros. If we add to this the other three million euros that the Bugatti Chiron costs approximately, we are facing one of the most expensive motorhomes on the market, with a total price of 6.5 million euros.