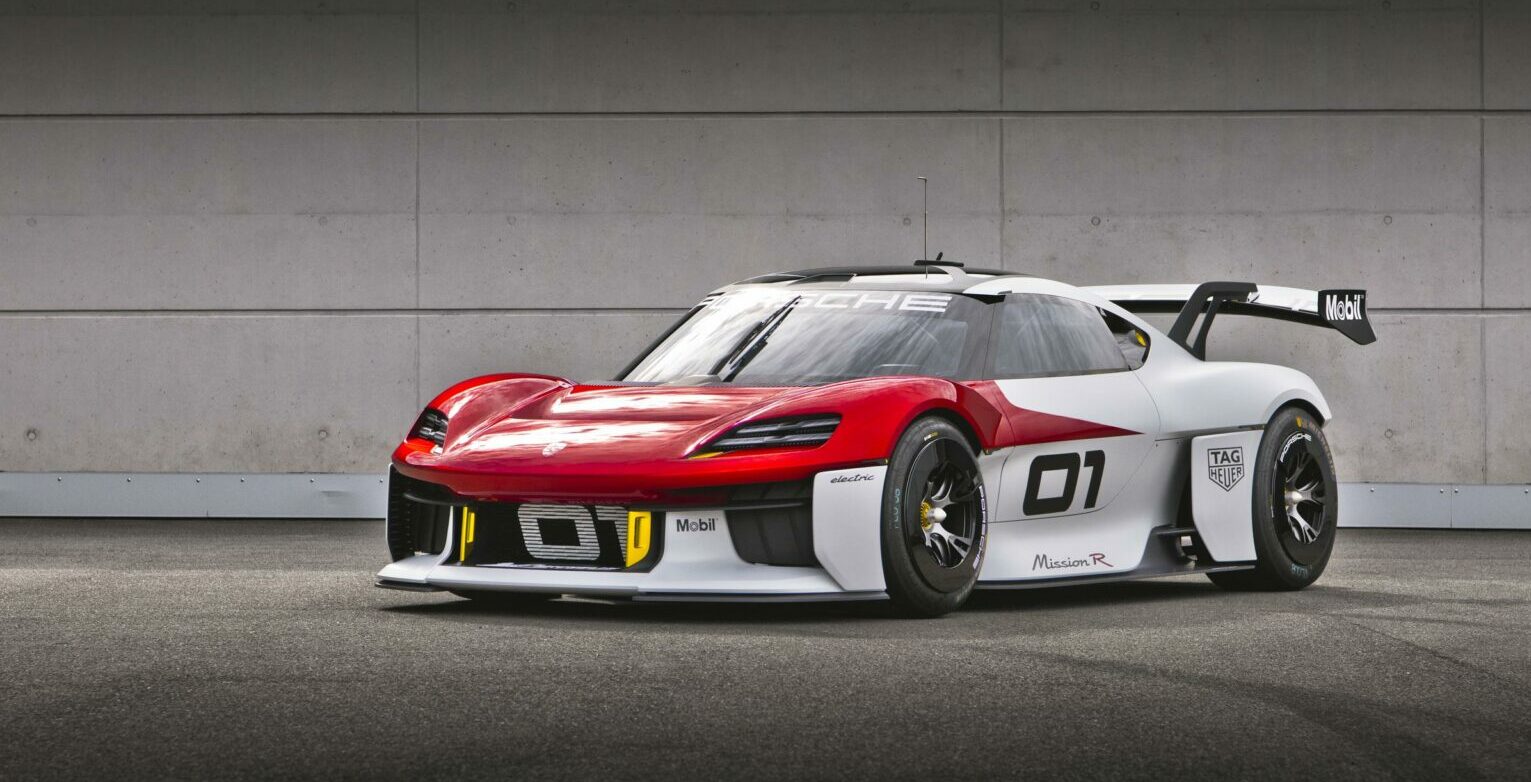 Since the start of the German Porsche Carrera Cup in the early 1990s, racing has been part of the history of the Stuttgart firm and already there are more than 30 monobrand cups that are celebrated around the world. In all this time, more than 4,400 high-performance models have left the doors of the Weissach facilities. By sticking to this framework, the new is born Porsche Mission R as a preview of the electric car racing of the future.

Respecting the electrical transformation process that began with the Porsche Taycan, the new prototype of the German company combines the latest technological advances in the sector with the use of different materials from sustainable sources.

Mechanically, the new Porsche Mission R is powered by two electric motors that activating the ” rating mode ” are capable of generating a combined power of 1.088 CV. Waiting to see his skills on the asphalt, the prototype announces overwhelming numbers. Specifically, it is capable of accelerating from 0 to 100 km / h in just 2.5 seconds and reaches a maximum speed of 300 km/h. Some benefits that, according to the manufacturer himself, allow him to sign the same lap times as the Porsche 911 GT3 Cup actual.

At ” career mode ”, the electric drive system of the Porsche Mission R declares a constant power of 680 CV. The front electric motor yields up to 435 hp, while the rear can reach 653 hp. Thanks to the technology of 900 volts and the brand’s ultra-fast charging system, the car hardly needs a pit stop from 15 minutes to recharge the battery from 5 to 80% of its capacity. This battery supports a maximum charging power of 340 kW.

Knowing the importance of the aerodynamics of the whole, the Mission R includes the latest evolution of the active system Porsche Active Aerodynamics (PAA) with Drag Reduction System (DRS) on the front section and on the rear wing. Most of its bodywork is made of reinforced plastic made from natural fibers, the basic element of which is flax fiber. A large part of the interior surfaces also use this same material.

As is common in the racing world, the cabin design puts the driver at the center of its decisions. This is how the cockpit presents a steering wheel that integrates a small screen that reflects information related to the telemetry of the car, the times per lap or the state of charge of the battery. A second monitor on the steering column projects the images from the side mirror and center mirror cameras.

With a body length of 4,326 millimeters, the Porsche Mission R is slightly shorter than the current 718 Cayman. Porsche engineers and designers have called the developed carbon roof structure “exoskeleton”, which integrates the roll cage and the outer section of the roof itself. The prototype will debut at the Munich Motor Show which will open its doors between September 7 and 14.

“It is indescribable, the immediate increase in power of the two electric motors is something that you simply have to experience for yourself,” said the ambassador and ex-official Porsche driver Timo Bernhard. On the powertrain of the Mission R he also adds the following: “The only time I have experienced such an incredibly powerful boost was in the Le Mans-winning Porsche 919 Hybrid.”