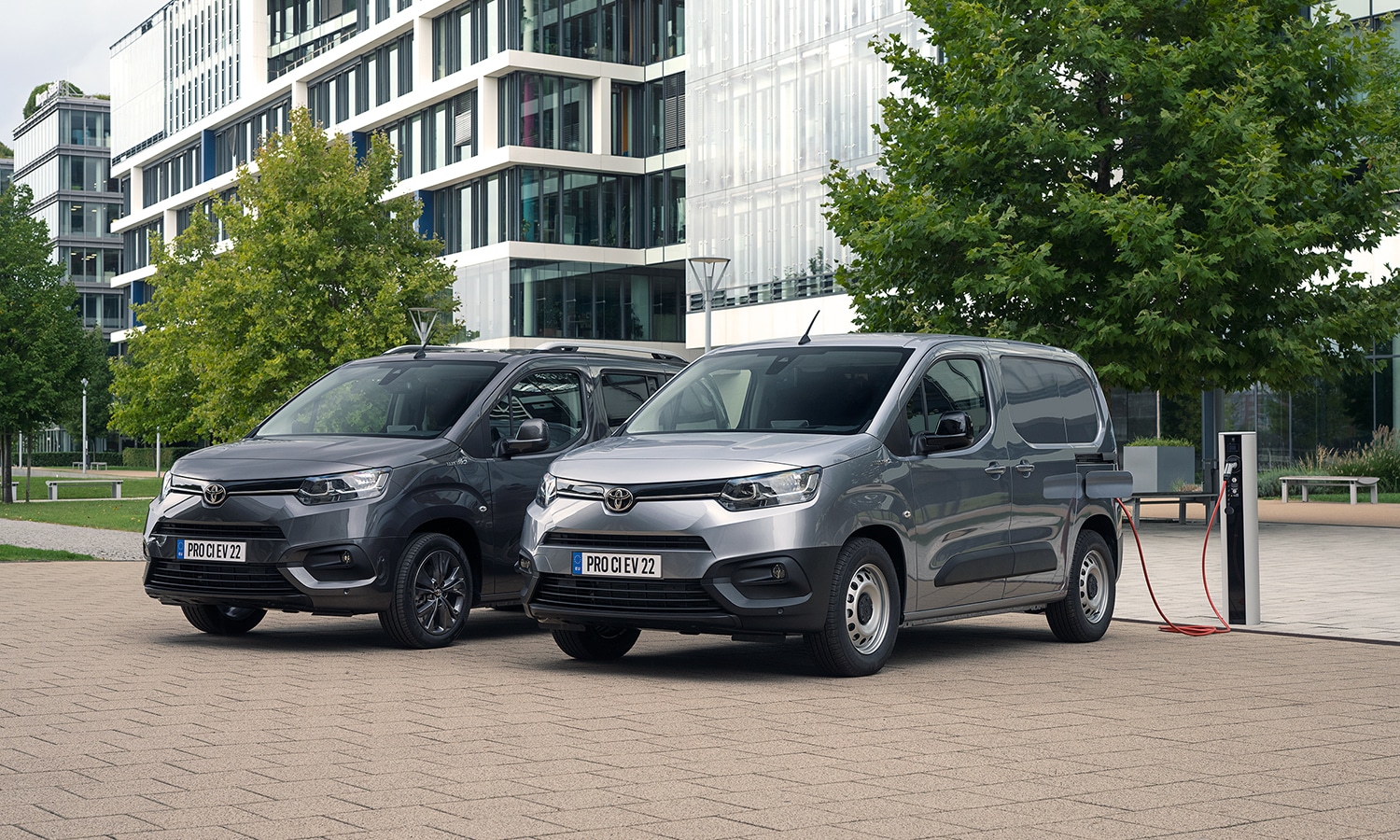 Toyota updates the range Toyota Proace City, his compact van. You already know that this vehicle is the brother of the Citroën Berlingo, Peugeot Rifter/Partner and Opel Combo, the result of collaboration between Stellantis and Toyota. How could it be otherwise, the Toyota model now also receives the 100% electric version, but it is not the only novelty.

Before going in depth with the Proace City Electric, we review the changes in the rest of the range. The main one is that the 1.2 turbo petrol engine with 130 hp is no longer sold, incorporating instead the 130 hp 1.5 diesel with automatic transmission. It is more sensible, because it has more torque and lower consumption. Therefore, now the heat engines available are the 1.5 diesel in versions of 100 and 130 CV, and the 1.2 gasoline of 110.

Focusing now on Toyota Proace City Electric, is a very good alternative for professional and urban use that does not travel long distances daily. It is available in From body lengths (Medium and Long) and in Van and Combi configurations for commercials, as well as City Verso Electric Family for individuals in Active and Advance finishes, also being able to choose between Medium and Long bodywork.

Depending on the size of the body and the configuration, the number of seats ranges from 2 to 7.

Of course, the mechanics are shared with their Stellantis cousins. This means that the Proace City Electric mounts a 50kWh battery and 340 kilos, which can be fully recharged in 50 minutes with fast charging, taking between 5 and 7.5 hours on a wall charger. By the way, your on-board charger is 11 kW.

As for the most important features, this compact and electric van is powered by an electric motor of 100 kW, i.e. 136 hp, plus 260 Nm. The autonomy approved by the brand is 280 kilometers, which will vary greatly depending on the weight of the load we carry, and if we are driving in the city or on the highway.

Finally, let’s see the prices for individuals of the thermal versions and, just after, of the Toyota Proace City Electric: