Second-hand BMW 3 Series: which one to buy? 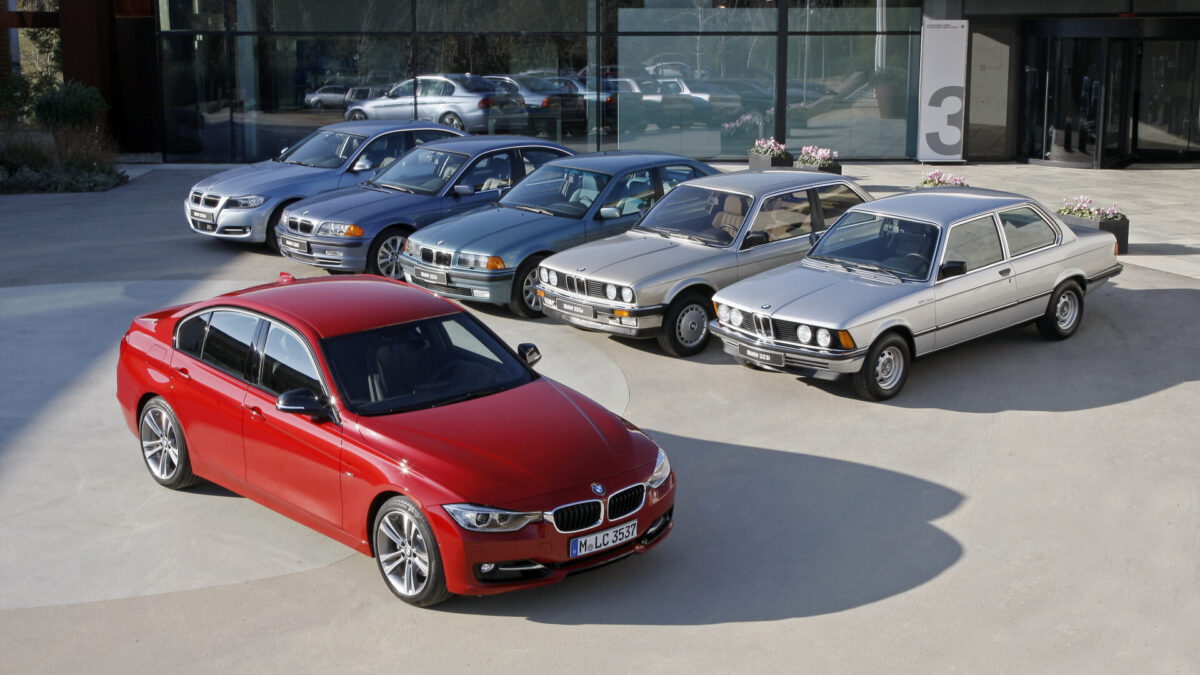 The BMW 3 Series is one of the most sought after VOs… and also the brand’s best-selling model (with 15 million units sold since its launch in 1975). We review its seven generations, the most interesting versions and how much they will cost you.

The BMW 3 Series saloon, rear-wheel drive and longitudinal engine, hit the market in 1975 (under the internal name of E21). It was sold only as a coupe, with gasoline engines up to 143 hp. From 1978 to 1981, the German coachbuilder Baur produced popular convertible versions.

Based on the original saloon, this Baur offered, with the most powerful engine in the range and thanks to a weight of 1,135 kg, very
good performance: 190 km / h top speed. Of course, despite having electronic injection, its average consumption is around
12 liters / 100 km. Its interior, well finished and sufficient for five occupants, debuted the console oriented towards the driver: a feature later copied by all manufacturers. Its trunk was 404 L, but some sources cite 460 L.

Other BMW 3 Series to consider

The E46 offered more rounded shapes, and better materials than the E36. It kept the sporty feel, even in the diesels, which already offered
power and low consumption. Of course, the first 320d (1998-2001) had problems with the turbo: if you are interested in one, opt for the 150 hp and
manufactured from your actual consumption? About 6.7 liters / 100 km. It had 440 liters of trunk.

Its aesthetics were disputed, as well as its turn towards comfort, with a softer suspension. But it maintained the quality of the finishes … and the
rear seats somewhat fair for tall adults. Both the saloon and the Touring offered 460 liters of luggage space. If you don’t care too much about the
consumption (it uses about 9 liters / 100 km actual), the 325i is a refined six-cylinder that offers very good performance.

With a slimmer design, the F30 maintained its spin on comfort and driveability, while offering 480 liters of luggage space and finally more legroom in the rear seats. Of course, these, by width, are only almost suitable for two occupants. With this engine, it is a balanced gasoline saloon, fast (it reaches 235 km / h) and that, in real use, uses about 8.2 liters / 100 km.

With label B: Diesel since 2014. With label C: All gasoline. With Eco label: The ActiveHybrid 3

Like the F30, the G20 maintains 480 liters of luggage space and a great balance between dynamism and comfort. But also a cabin something
more spacious, although the rear seats are still better for two adults. If you are looking for a car to travel, this 318d vibrates very slightly, but has a very low consumption: about 5 liters / 100 km on the highway and, on mixed routes, less than 6 L / 100 km.

With label C: All thermals. With Eco label: Microhybrids. With Zero label: The 320 and 330e.

Looking for a 3 Series coupe or a convertible?