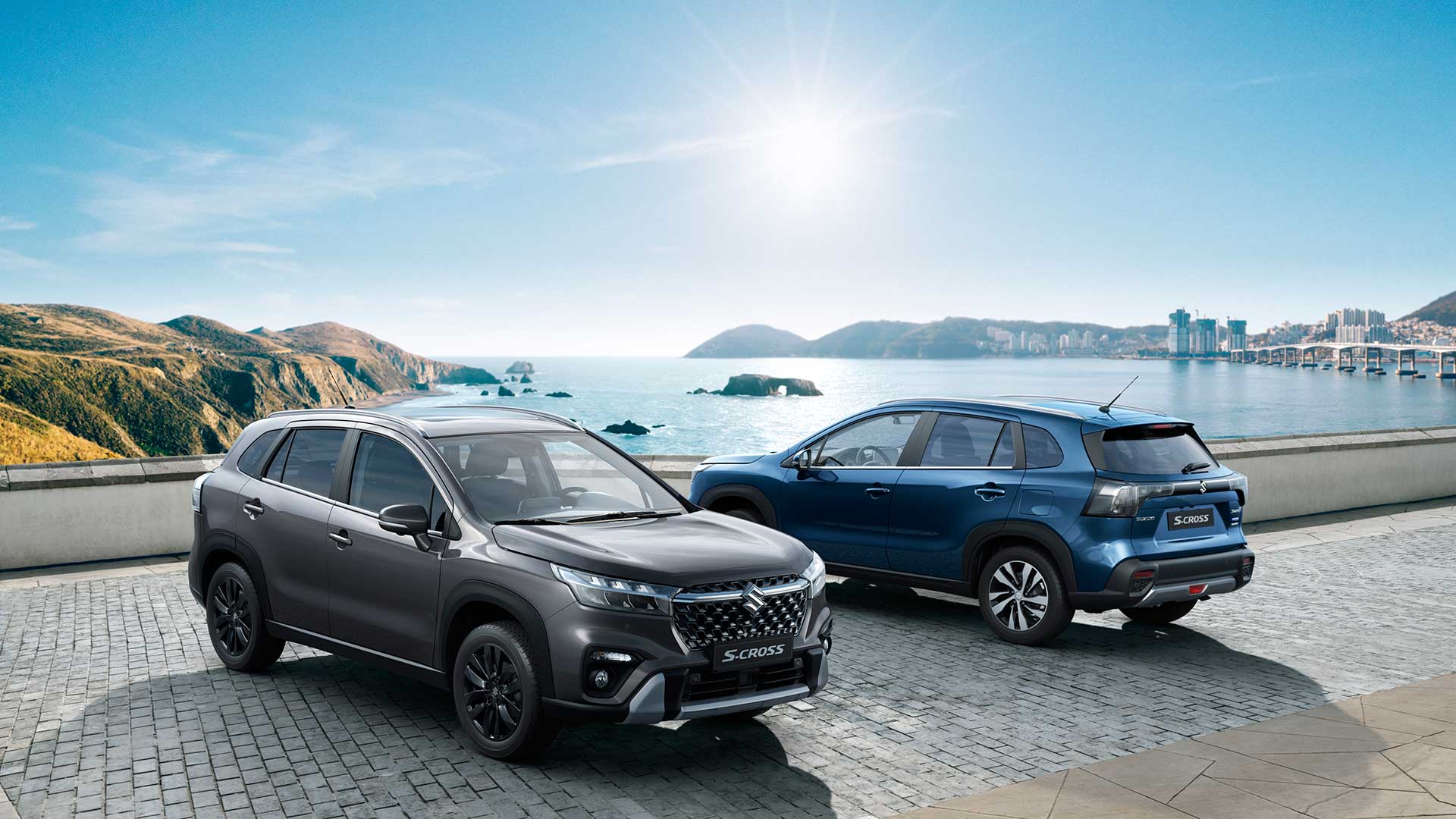 The new generation of the Suzuki S-Cross is updated with a totally new design, more technology and a 129 hp gasoline engine that debuts a new 48 V light hybridization system.

The new Suzuki S-Cross 2022 has been presented and with it the Japanese firm has taken a step forward in every way. Despite setting itself apart from other manufacturers by offering a model that does not focus on sportiness or luxury, the S-Cross has always stood out for its practicality. For this reason, this new generation boasts a more modern and attractive design, while increasing its technological endowment.

In profile, the new S-Cross boasts a cleaner shape. Elements such as the plastic skirts or the roof bars accentuate the SUV image. The rear, for its part, is the most original area of ​​the whole set. Thus, the headlights are arranged horizontally and are joined by another crossbar that is dominated by the Suzuki logo. At the chromatic level, the S-Cross 2022 will be available in eight different colors, highlighting the Canyon Brown Pearlized Metallic.

From the inside, an adventurous, spacious and sober atmosphere stands out. In this sense, Suzuki has prioritized the comfort of its occupants through elements such as the panoramic sunroof or the ergonomic leather seats. All this with a boot capacity of up to 430 liters.

Regarding the technological side, the Suzuki S-Cross 2022 has a 9 inch floating type touch screen from where the infotainment system compatible with Apple CarPlay and Android Auto is controlled. Likewise, it also has connectivity via Bluetooth and an instrument panel that still has two spheres and a small central screen for the on-board computer.

On the mechanical level, the Suzuki S-Cross 2022 will be offered as a launch with a single mechanic. It is the gasoline block of four-cylinder 1.4 Boosterjet with 129 hp and 235 Nm of torque that was already present in the previous generation. But unlike the previous one, it is now associated with a new 48 V light hybridization system that Suzuki has named SHVS.

This engine can be associated with a six-speed manual gearbox or a six-speed automatic transmission as well. In addition, the 4 × 4 AllGrip drive system It is available as an option, allowing, through AllGrip Select, to choose between the four modes (Auto, Sport, Snow and Low) depending on the driving conditions.

For 2022, the arrival of a self-recharging hybrid version called Strong Hybrid. Of course, as they have commented in the presentation, first Suzuki Vitara will be released in the future.

The new Suzuki S-Cross 2022 will be manufactured at the brand’s plant in Esztergom, Hungary, and the first units will land at European dealerships for late 2021.