Toyota GRMN Yaris 2022: an extra spice for the most radical version of the Japanese sports car 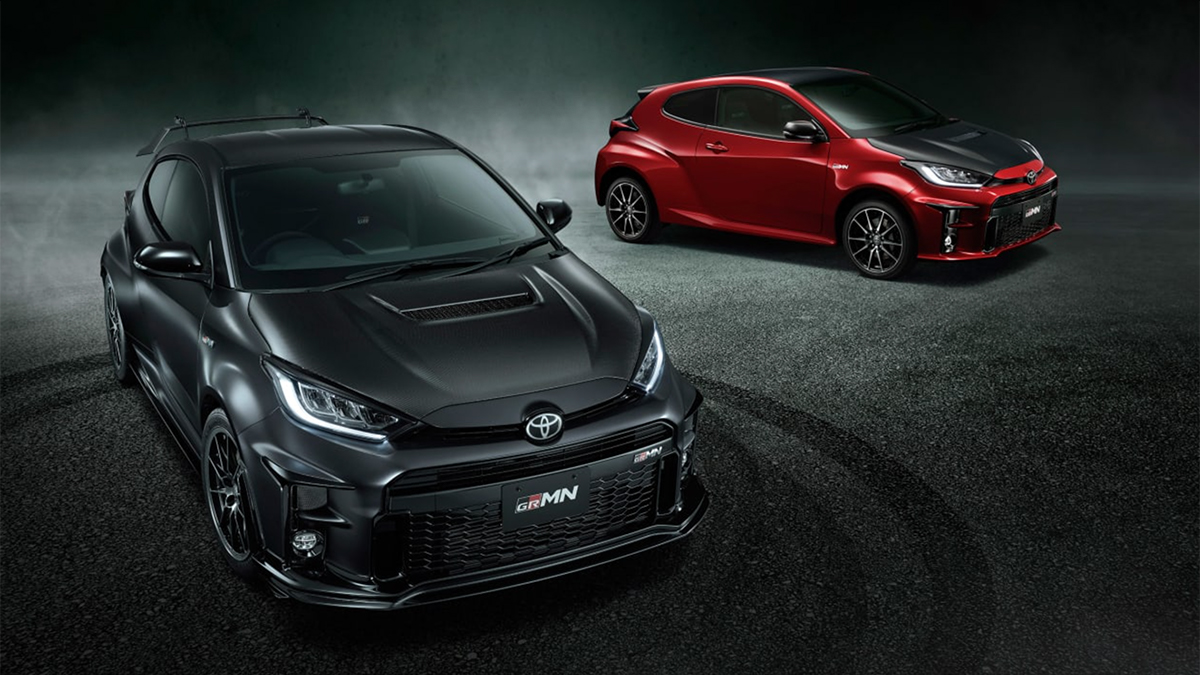 We present the new Toyota GRMN Yaris, the most interesting variant of the Japanese sports utility vehicle. This special series dispenses with the rear seats and debuts a series of high-performance components designed to further emphasize the passionate character of the car. Its production is limited to 500 units for the Japanese market.

Just as we expected, Toyota has presented the new Toyota GRMN Yaris at the Tokyo Motor Show. The debut of the latest creation of the Gazoo Racing department comes a year after images of a camouflaged prototype rolling on the Nürburgring circuit reached us. Although the ‘conventional’ GR Yaris already had all the necessary attributes to arouse the best emotions behind the wheel, the new modified variant of the Japanese sports car goes one step further.

With production limited to just 500 copies for the Japanese market, Toyota forecasts that bookings for the new GRMN Yaris may far exceed all established forecasts. For this reason, the Japanese plan to establish a draw to choose the future owners of the car. In addition to the standard version, the catalog of the new version of the Japanese sports utility vehicle will have a finish designed to track days call Circuit Package and another with a specific package for rally, called Rally Package.

In the case at hand, the improvements installed on the new Toyota GRMN Yaris focus on an increase in torsional rigidity, a diet based on the extensive use of carbon fiber, a series of specific mechanical adjustments and a more powerful body kit that makes it impossible for the car to go unnoticed. For example, the bodywork has 545 additional welding points and 12 extra meters of structural adhesive compared to the conventional GR Yaris. In addition, the track width of the rear axle has been increased by 5 mm.

Despite the chassis reinforcements, the total weight ofthe set has been lightenedthe 20 kg thanks to the use of carbon fiber on the hood, rear spoiler and roof. Also playing in favor of this purpose is the replacement of the rear seats of the car and the installation of new Recaro back seats with side airbags. The interior of the new GRMN Yaris also dispenses with the infotainment system. From the inside, the specific equipment of this version is completed with an instrument panel with specific graphics, a steering wheel upholstered in Alcantara, a gear knob with red details or new mats with the GRMN logo.

In the mechanical section, the Gazoo Racing department increases the maximum torque by 20 Nm to 390 Nm. The 1.6-liter turbocharged three-cylinder block continues to offer the same 272 CV that delivers the GR Yaris in Japan. As before, this configuration is associated with a six-speed manual transmission. According to Toyota, the journey of relations has been shortened and have been installed new mechanical limited slip differentials on both axles.

In the case of the Circuit Pack trim, the GRMN Yaris adds to the aforementioned equipment list some adjustable Bilstein shocks, larger brakes, a set of 18-inch BBS forged wheels and a massive gooseneck rear spoiler.

In the case of the Toyota GRMN Rally Pack we find a set of shock absorbers and stabilizer bars signed by Gazoo Racing, additional protections for the underside of the car and a roll cage with side protection bars.

In a complementary way, Toyota has added a new color to the available palette, which bears the name of ‘Matte Steel’ and we can only see on the body of 50 units. The other 450 copies will be available in pearl white, red or black. The first deliveries will take place this summer and prices start at 7,317 million yen, which in exchange is equivalent to just over 56.000 euros. The GRMN Yaris Circuit Pack will be the most expensive option priced at 8.467 million yen (64.878 euros).