Unstoppable! Nasser Al-Attiyah wins the Dakar 2022 with the Toyota Hilux 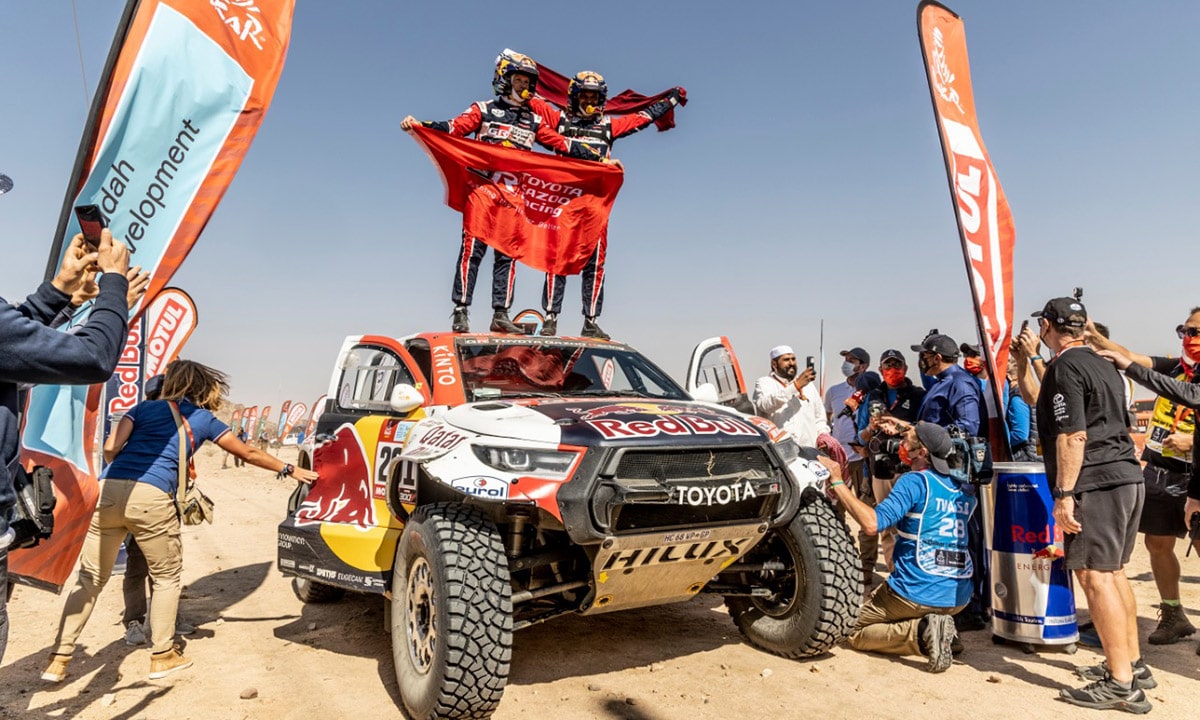 The Dakar 2022 It ended a few minutes ago in this edition played in Saudi Arabia. The victory in cars of the toughest competition in the motor world has returned to Nasser Al-Attiyah, thus achieving his fourth Dakar. The Qatari has dominated this edition with his Toyota GR DKR Hilux, certifying today in the last stage a great dominance over his rivals.

Thanks to the enormous advantage accumulated in the previous stages, Nasser was able to take the last special very calmly, leading his closest rival by more than 27 minutes, Sebastien Loeb. The third position has been for Yazeed Al-Rajhi.

It is the fourth victory in the Dakar for Nasser Al-Attiyah, the second with Toyota. He equals Ari Vatanen, having ahead only Mr Dakar, Stéphane Peterhansel with 8 victories in cars and 6 in motorcycles.

To find a Spaniard in the table we have to go to the fourth position, with Daniel Olivera co-driving the Argentine Orlando Terranova. Carlos Sainz and Lucas Cruz have finished in twelfth position with his Audi, more than 3 hours and a half behind the leader.

Laia Sanz has finished in 23rd position with his MINI, while Isidre Esteve and José María Villalobos have finished in 28th position. Oscar Fuertes and Diego Vallejo, from the Astara Team, finish the Dakar 2022 in 34th position.

already passing to motorcycles, the British Sam Sunderland He takes the victory at the controls of his Gasgas, with only 3 and a half minutes ahead of Pablo Quintanilla. Matthias Walkner closes the podium. Very meritorious the fifth place of Joan Barred, who has competed in half of the Dakar injured after a fall that has reduced his shoulder throughout the race.

For its part, in trucks, the great Russian domain with the Kamaz, who have occupied the first four positions in the general classification. in this category Dmitry Sotnikov The cat has been taken to the water, followed by Eduard Nikolaev and Anton Shibalov in this Dakar 2022 disputed in Saudi Arabia.