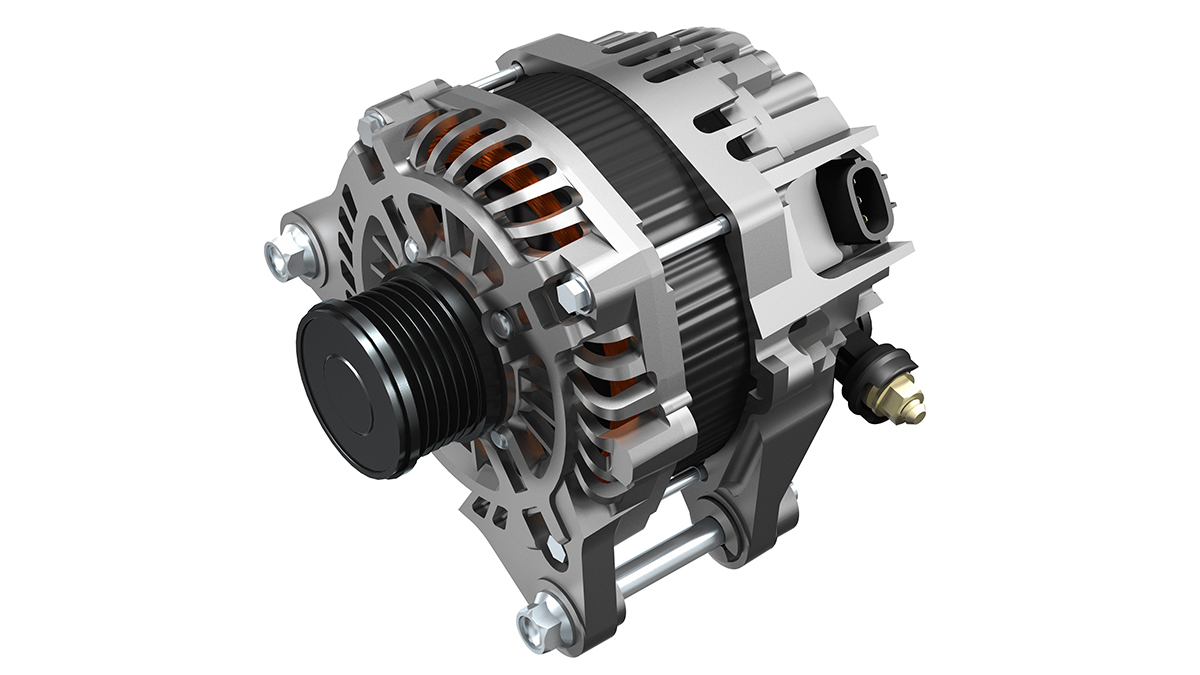 When the car is running, the alternator is the element that is responsible for supplying electricity to the vehicle. This is how it is and how it works.

The alternator is the element of the electrical circuit of the automobile whose mission is to transform mechanical energy into electrical energy, thus providing an electrical supply while the vehicle is running. The principle of operation is relatively simple: the alternator is a device that, when rotating, generates an alternating current in its interior by means of electromagnetic induction; To rotate, the alternator is connected to the engine through the service belt.

The alternator of a vehicle is a device designed to provide electrical current, which is intended to recharge and maintain the charge of the battery, as well as to supply current to all the electrical systems that require it, such as lighting, air conditioning, etc. Before the alternator there was the dynamo, a system that was gradually being replaced by the alternator from the 70s.

Today, vehicles incorporate a large number of components that require electrical power. If not for current alternators, many of these systems could not function properly, having very demanding electrical needs.

The alternator is made up of:

How the alternator works

Alternator produces alternating current, which it obtains through a drive mechanism driven by a combustion engine. In other words, the alternator works thanks to the fact that it is connected to the rotation of the combustion engine, generally by means of a belt.

When we put the ignition in the vehicle, the rotor coil of the alternator is supplied with current, and when it begins to rotate, when the engine starts, it begins to generate energy. Once the engine is started, the regulator is self-powered by the energy produced by the alternator itself. When this happens, the instrument cluster light goes out. If the panel light does not turn off after starting the vehicle, it may be indicating that there is no current output from the alternator. If so, the vehicle will have electricity only until the battery is depleted.

To check that the alternator works well, it must be verified that the 12 volts of the battery reaches the input of the regulator and that the diodes of the rectifier bridge are not cut, since in this case, the current would not come out of the same although it generated well. Also, the slip ring brushes may be worn and no current is entering the inductor or (rotor). These operations must be carried out by a professional.

If the light flashes (it turns on and off quickly and irregularly), it is because there is a lack of charge (failure in the regulator) or because we are obtaining alternating current (diodes drilled in the rectifier bridge).

In modern vehicles that regulate the alternator by means of an electronic control unit, the dashboard light comes on by means of the regulation of that control unit and diagnosis by traditional methods is not possible. In this case we will have to resort to diagnosis to know exactly what is happening there, apart from the tests that we can perform on the alternator with the engine stopped and running, something that does not offer us any modification with respect to any other type of alternator with an integrated regulator.