what it is, what it is for and how to repair it in the event of a breakdown 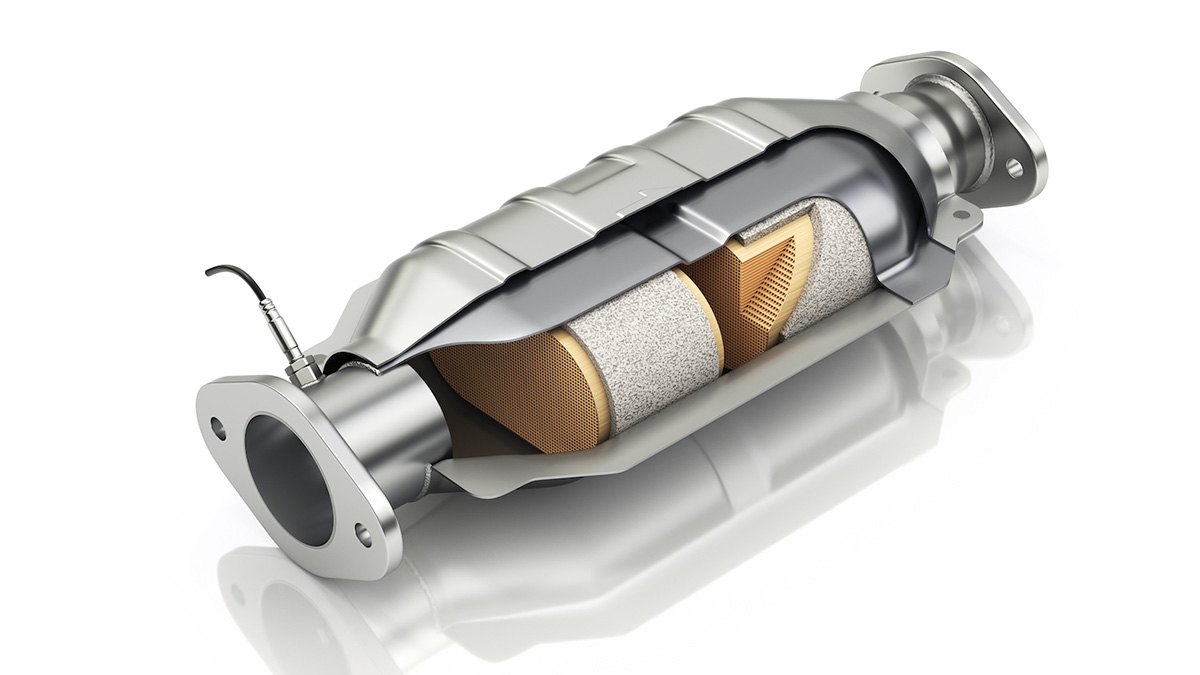 The need to preserve the environment and people’s health was the trigger for giving the green light to emission regulations. In them, the vehicles have to comply with certain margins in order to be homologated … and for this the catalyst is a key element. In Europe we have the Euro legislation (We are already going for Euro 6d and Euro 5 in motorcycles) and vehicles are also classified on labels based on their emissions, allowing the most respectful to access the low-emission zones.

What is a catalyst?

In this sense, one of the fundamental actors to reduce polluting gases from vehicles has been the catalyst. Also know as catalytic converter, It is a piece that is installed between the exhaust manifolds and the first silencer of the exhaust tail. It is formed by a structure of ceramic material in the shape of a honeycomb. Inside it includes active substances such as aluminum oxide or noble metals such as platinum, rhodium, palladium … as well as agents that are responsible for regulating the action of the catalyst when the exhaust gases enter.

What cars have a catalyst? The older ones may not wear it, although all newly invoiced vehicles are required to have it. Both diesel and gasoline vehicles have a catalyst, and this element helps to reduce emissions harmful to health and the environment that come out of the exhaust.

How does the catalytic converter in a car work?

Once the gases from the engine reach the catalyst, it is responsible for transforming these gases into two phases:

Of course, the transformation of these gases is partial, since the substances derived from the catalyst, such as CO2, are still a polluting gas and harmful to the environment.

How do you know if a catalyst is bad?

Contrary to what is thought, catalyst breakage is very common, since it is an element that is subjected to high temperatures and to the filtering of polluting substances and gases continuously. It occurs when too much unburned exhaust gases accumulate in the catalyst and it is not able to remove them completely, which causes pollutant emissions to increase.

In gasoline vehicles, this happens when mostly short trips are made or because the spark plugs are in bad condition; in diesel, it occurs mainly for two reasons: take many short trips (especially urban ones) and circulate with the engine very low of revolutions (less than 2,000 rpm).

In general, it is possible to detect this fault through the instrument panel warning lights (an amber-lit engine). A Catalyst failure can cause loss of power and the car can even stall due to its obstruction, which is why it is a fault that should be solved as soon as possible. Finally, when passing the ITV, the fault can also be detected by the polluting gas test.

In this case, if you want to change this part, you can take a look at Daparto’s catalysts, a website that brings together the most recognized brands of car parts and catalysts such as Bosal, Dinex, Walker or Vegaz. In terms of prices, these range from 100 to 270 euros depending on the model and vehicle in question.

How to clean a catalyst?

If finally our catalyst has failed, our recommendation is go to a trustworthy workshop or a specialized site. Repairing an empty or broken catalyst can be done by two rebuilding modes: mounting a standard weldable replacement catalytic converter – common solution for Euro 1 and Euro 2 vehicles – or cleaning it by sandblasting; solution that allows to take advantage of the outer casing and to replace the internal monoliths. However, there is also the option to replace it, as this will avoid failures in the near future.